You may have seen a geoboard, which is simply a board with pegs. Two simple geoboards with the pegs labeled A, B, C, ….

Distance on a Geoboard 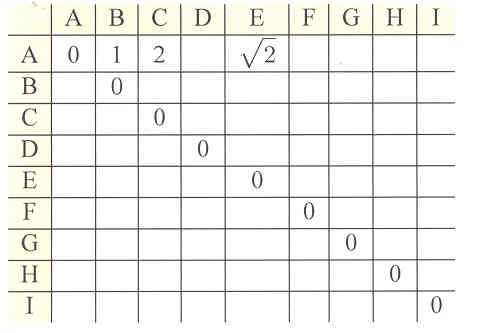 Use the 3 x 3 peg board shown here to fill in the entries in the following table. Note that some of the entries have been filled in for you.

Prove that the positive square root of 2 is not rational.